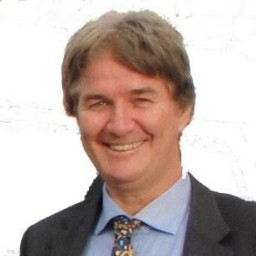 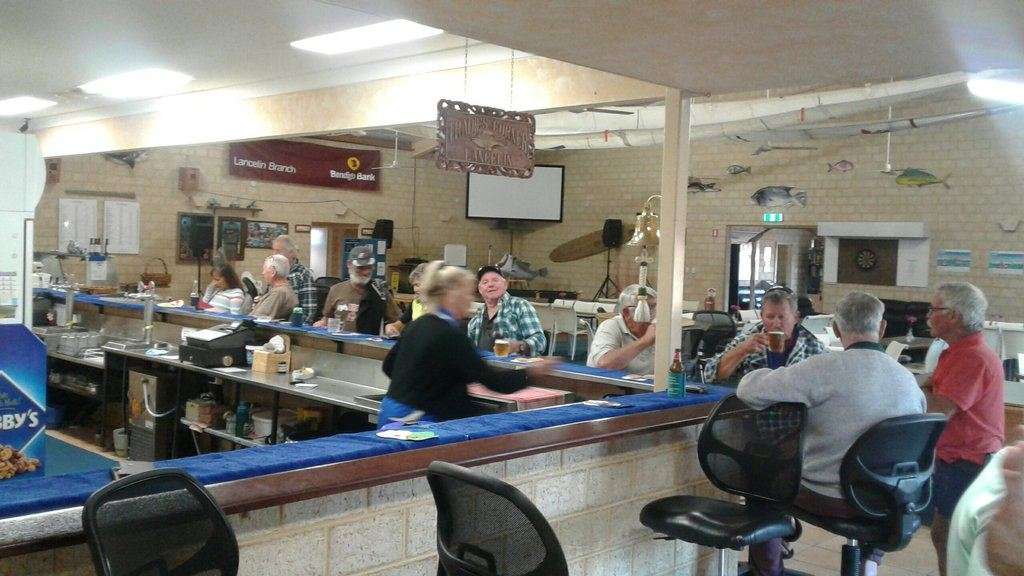 The biggest news for the club this year is the retirement of our Commodore Gary Sloan. Gary started with the club over twenty years ago he spent many years on the committee as the Rear Commodore, Vice commodore and then in 2010 became Commodore. He spent 8 years as commodore before retiring because of health reasons, this equates to many years of service as an executive committee person for the club.

In all this time Gardy patronised the club most every week and has welcomed visitors through the door.  He has always thought of the club as his second home and will still come down to the club but because of his health; will not always be on his stool at the corner of the bar.

I have taken on the position as Commodore as I will not be able to attend every fishing competition in the role as Rear commodore.

This does require continuous monitoring of the fishing records for fishing members.

This means the club is currently without a Rear Commodore!  If anyone is interested in this role or would just like to help out please put your hand up.  I will give you every assistance; I possibly can along with others in the club and on committee.

The club has a great bunch of guys that are forever helping with our maintenance around the place.

Recently these guys fitted our new compressor to the coolroom.

Not an easy job, it had to go into the roof space above the coolroom.  A special thank you Lloyd, Damon, Shanks, Troy and Warrick.  Great work guys!

Kay Heath had her Birthday Celebrations down at the club on the 8th of September and a great night was had by all. Happy Birthday Kay!

The Junior Pirates had their fairest and best player’s award night on the 9th of September. This was won by Archie Wedge, with Ryder Pentreath as runner up. Congratulations guys.

This bunch of guys put on a very professional competition for anyone that wanted to compete.

We had typical media menaces, advising us that our fishing stocks would be decimated and we should try to stop the competition.

This was quite the opposite; in looking after the threatened fish; the boys banned the catching of Sambo’s. They also advised all contestants that they should be wary of the soft beaches and to look out for each other in the dunes. They advised anglers of the protected fish and the event went off really well.   These guys didn’t compete in the competition however they did catch a lot of fish.

They rewarded the competitors well especially the young kids. I saw one of the judges hand a young competitor a combination outfit because he didn’t have a prize in his hand.

Well done guys. Keep up the good work; you are very welcome at our club.

The club is ticking over well, going into the festive season.  Our Friday nights are doing very well thanks to our hard working kitchen and bar staff. The girls are a big credit to our club.

We had a fantastic Grand Final event that had the best results most of us could ask for.  We did have a couple of the opposition amongst us, but they all agreed it was a fantastic game.

So the day wasn’t a total loss for Johnno. Mind you he did donate his prize back to the club.  What a guy.

We are setting up for a great Annual dinner so please book early as we do not want to disappoint anyone. We have a top band coming along to entertain us so it will be a great night I am sure.

The fishing season is coming to a close for the demersal’s, which means the Pots come out and the crays begin.

There are plenty of crays around at the moment so you don’t have to wait until the Golden wattle flowers or the bananas appear on the beaches.

We still have cray pot ropes behind the club house if you are short. These ropes are kindly donated by one of the professional fishermen, Clint Moss.

If you see him down the club a “thank you” always goes a long way, he’s been giving us rope for a few years now.

Congratulations goes out to all those that won in the Early Membership prizes. This for those that paid their membership fees within the month of August If you haven’t collected your prizes they are waiting for you at the club.

Well all, hope to see you down at the club soon; the club survives on your presence.

Check the articles below

Flying around the dunes and islands in Lancelin END_OF_DOCUMENT_TOKEN_TO_BE_REPLACED

Kiteboarding from the Lancelin Beach  END_OF_DOCUMENT_TOKEN_TO_BE_REPLACED